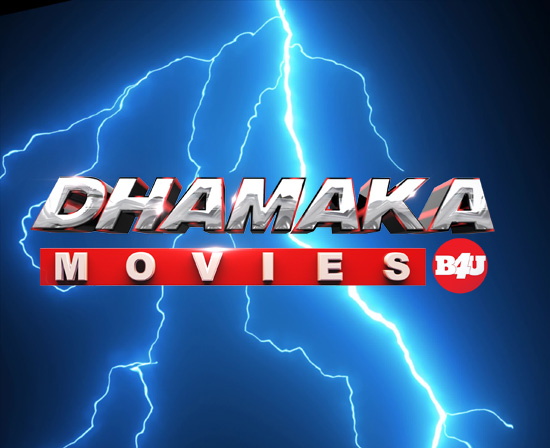 B4U, the global leader in the world of entertainment, is presenting a new TV channel called ‘Dhamaka Movies B4U’. The new venture went live on November 20, 2022. Viewers will get to watch all their favourite Bollywood movies and other films from all over the country in Hindi on 'Dhamaka Movies B4U'.
The new channel is available on all major DTH and free to air channels. You can also tune into DD Free Dish (Channel No. 14) for 'Dhamaka Movies B4U' to watch your Bollywood favourites.
B4U, is taking Bollywood and Indian entertainment to the world.
Currently, the leading broadcaster operates five channels including B4U Music, B4U Movies, B4U Kadak, B4U Bhojpuri and B4U Aflam, which are viewed in more than 100 countries in the Americas, Europe, Middle East, Africa, and Asia.
B4U TV channels brings to viewers the very best of Bollywood films and songs, from the latest blockbusters to old time favourites. Apart from offering a diverse range of films for movie buffs, B4U also entertains fans with star studded interviews, exclusive footage, behind the scenes glimpses, and the making of films.
Apart from being a leading television network, B4U, with an ever-expanding viewer base, has also successfully created a brand with a strong momentum, across multiple platforms including cinema, press, new media and digital.